Home » Living and studying in China

Living and studying in China

LIVING AND STUDYING IN CHINA 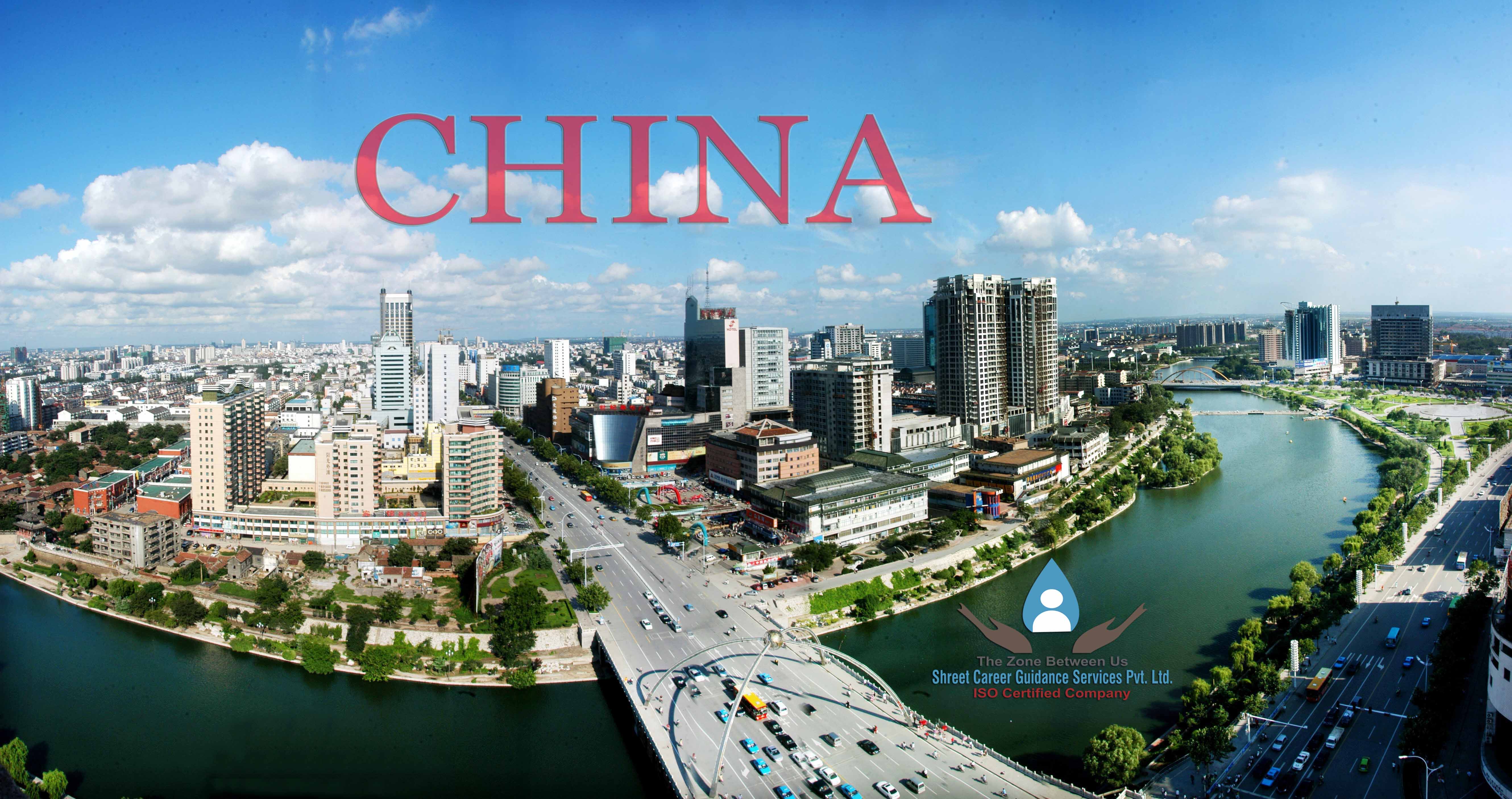 Among the major countries of the world, China is almost as large as the whole of Europe and is excelled in area by only Russia and Canada. Beijing (Peking), the capital of the People’s Republic, is also the cultural, economic, and communications center of the country. Shanghai is the main industrial city and Hong Kong is the leading commercial center and port.

In addition to the 14 countries that border directly on it, China also faces South Korea and Japan, across the Yellow Sea, and the Philippines, which lie beyond the South China Sea. 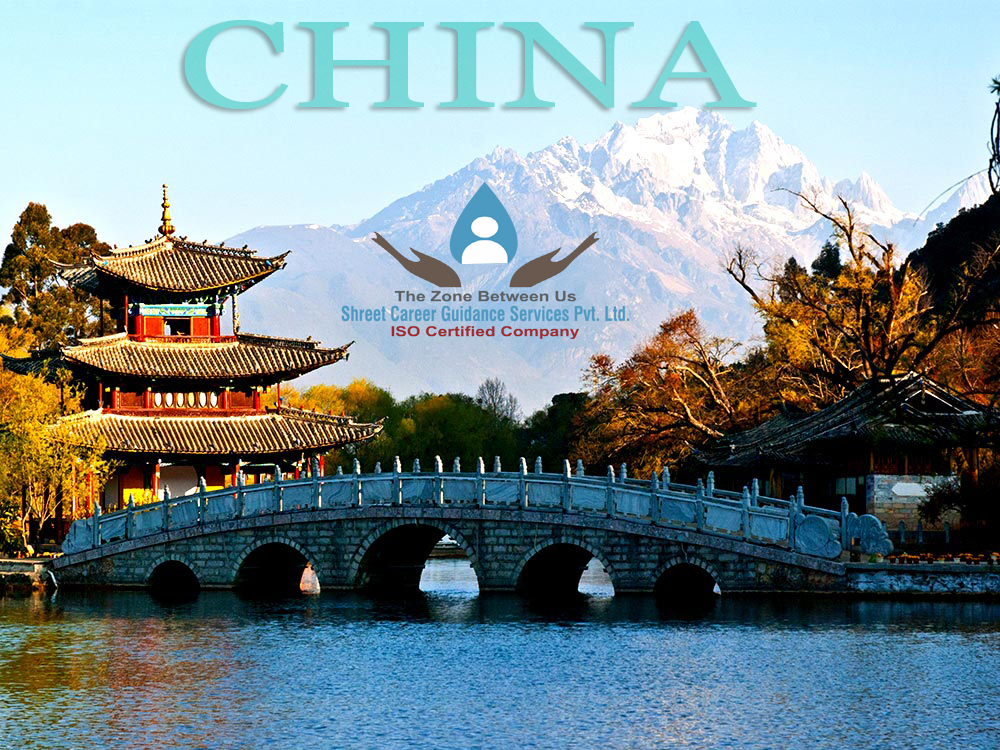 The diversity of both China’s terrain and its climate has presented one of the world’s widest ranges of ecological diversity filled by a large number of plant and animal species. 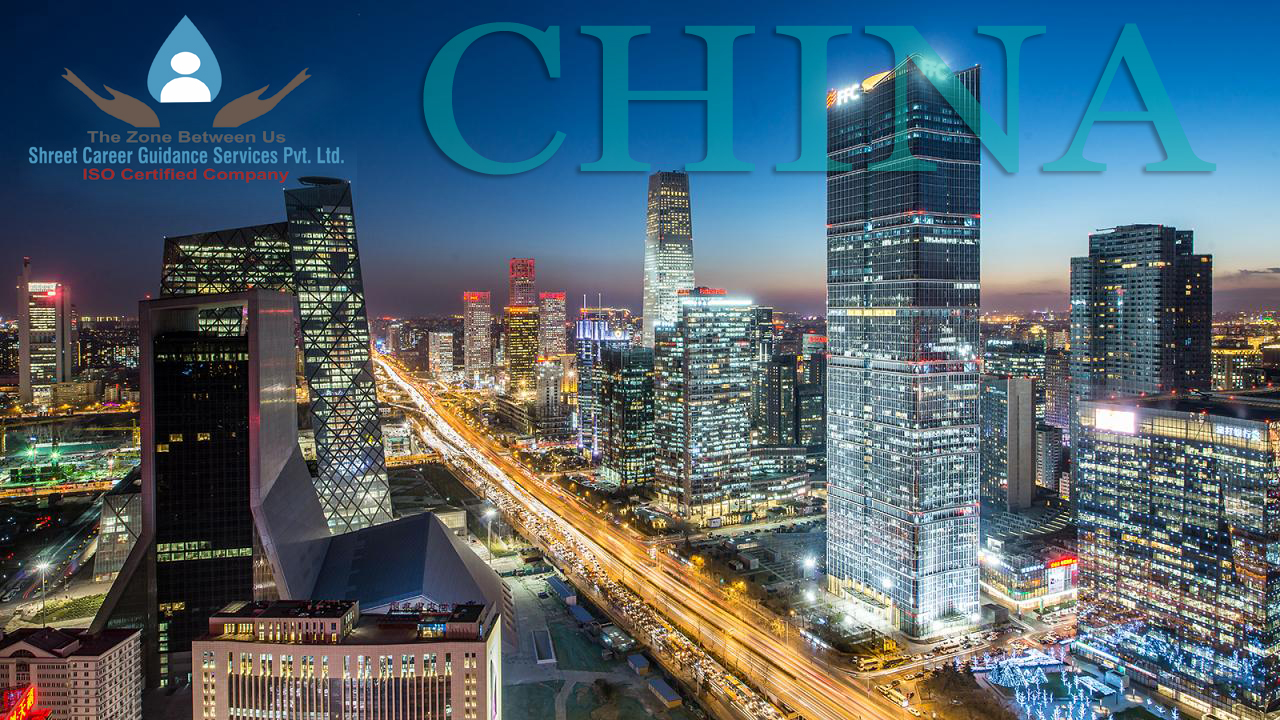 As one of the strongest developing countries with a strong economy, China has great advantages to attract foreign students: affordable tuition, considerable scholarships, priorities on education and technology, modern facilities and profound Chinese culture.

The number of foreign students studying in China has grown from about 61 thousand to 489 thousand growing each year about 10%. Those foreign students are mainly from South Korea, Thailand, Pakistan, America, India, Russia, Japan, Indonesia, Kazakhstan and Laos. 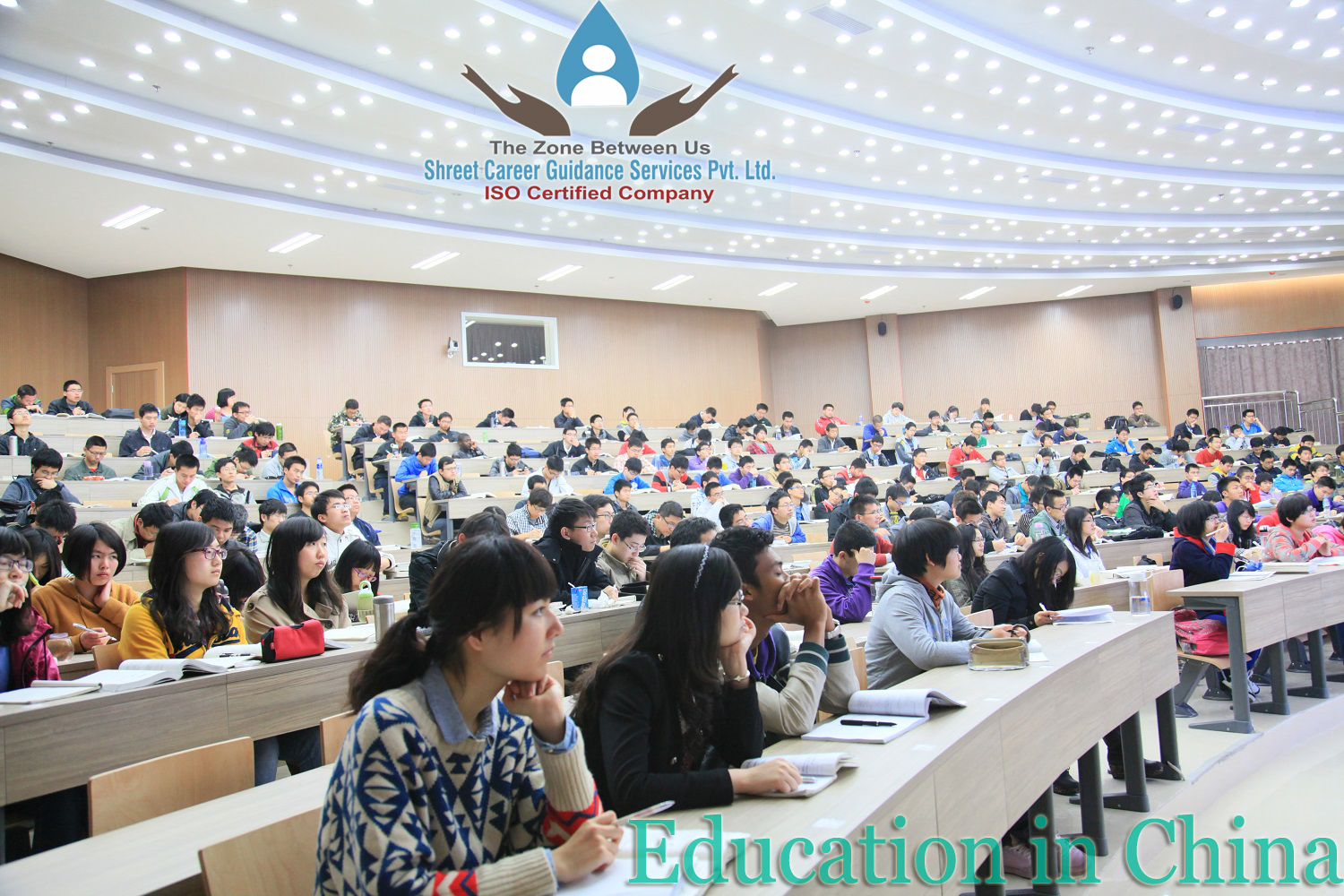 Generally speaking, China is hot in summer and cold in winter, but specific temperature may be different in different regions. Spring and summer are rainy season, giving plenty rainfalls, which are an important source for China’s freshwater resources.

Chinese (Putonghua or Mandarin) is the official language of China, and it is also the most used language in the world. Local people may use dialects or Chinese, but in written course, only Putonghua is used which is also one of the five working languages designated by the United Nations.

In China, there are over 80 dialects, such as Wu, Guangdong and Fujian dialects. 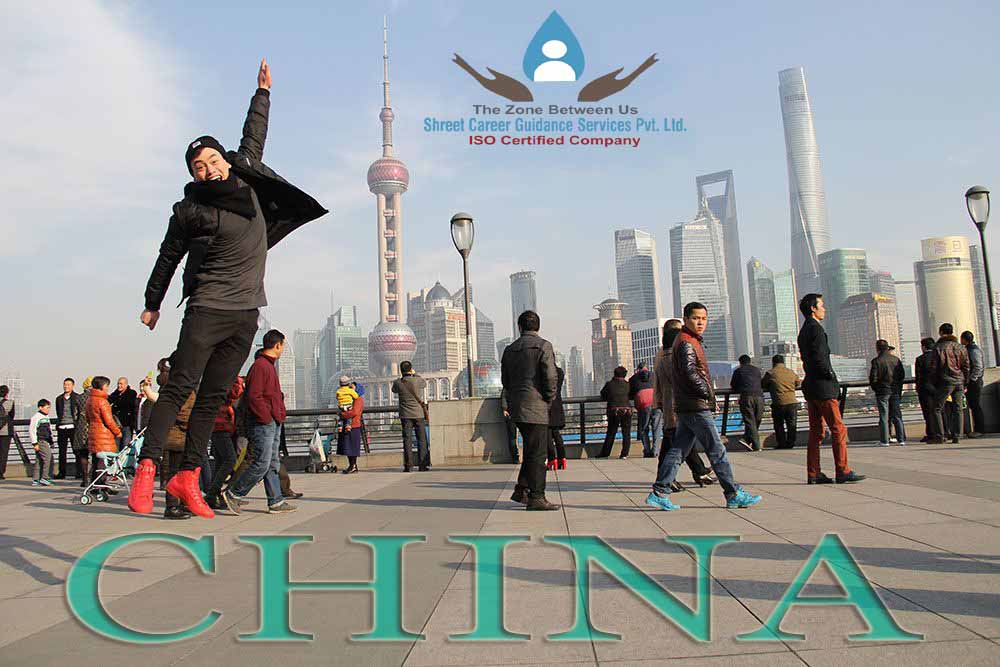 China is a multinational country, with a population composed of a large number of ethnic and linguistic groups. The Han people make up 91.02 percent of the total population, and the other 55 national minorities are spread over approximately three-fifths of the country’s total area.

It is only after you have traveled to China that you will learn that Chinese people are more friendly and hospitable than you perceived.

Chinese people are peace-loving and glad to make friends with foreigners regardless of countries and race.

Chinese people especially younger generations have learned English which is a compulsory course since primary school and would be happy to chat with you, giving you information you need, and knowing things about you and your country. The elder people would also be glad to show you their hospitalities, even if they can’t understand English.

Many major cities in China and those public police stations near famous tour sites have special English service as an effective support in dealing with foreign cases and many police are fluent with English.

China is one of the safest countries, with a low capital crime rate in the world. Though China has a large population of over one billion, it is much safer than most countries.

In China, night life is a big part of people’s living, and they usually hang out in nights for a meal or for recreation. It is safe for someone to hang out, even in nights.

The official currency of the People’s Republic of China is the Renminbi often abbreviated as RMB. The base unit of this currency is the yuan (元), international currency code CNY. All prices in China are given in yuan, usually either as ¥ or 元. 10 jiao is 1 yuan .

ATMs are available nationwide. Most ATMs outside the large cities that accept Cirrus, PLUS, VISA and MasterCard-affiliated cards are owned by Bank of China or the Industrial and Commercial Bank.

How to reach China 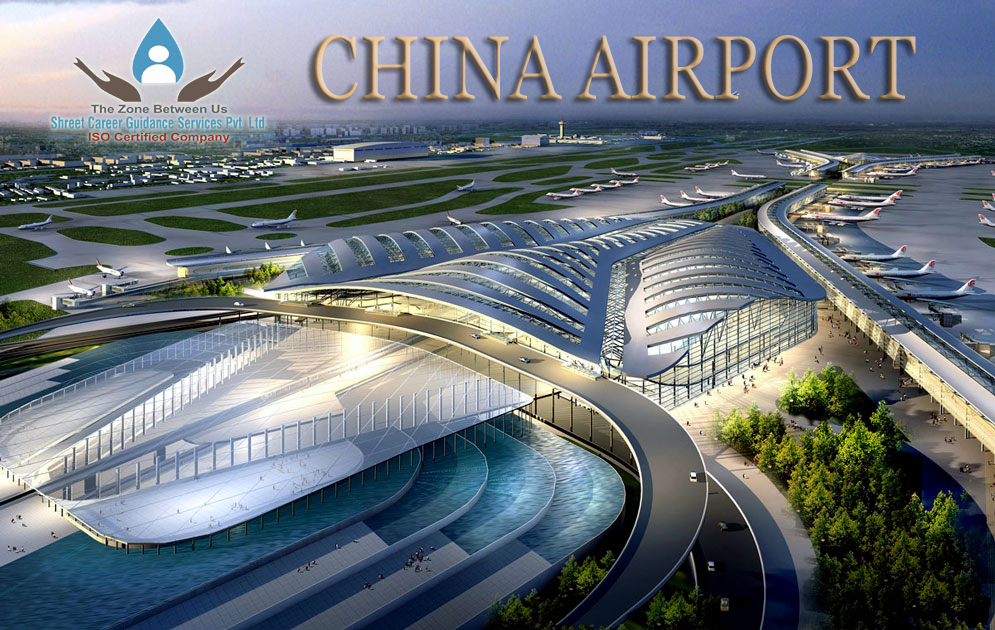 The main international gateways to mainland China are:

Located 25 km northeast from the center of Beijing, the capital of China Beijing Capital International Airport has the largest number of international routes especially from North America and Europe. It has English signs to guide passengers and you can easily travel between downtown Beijing and the airport via the Airport Express train.

Located in Pudong New Area, about 30 km to the east of the center of Shanghai, Shanghai Pudong International Airport is the second busiest airport in China and has the second largest number of international routes in China.  Being one of the three main air hubs in China the Airport has direct routes from almost all major cities in China.

Located in Chengdu city in Sichuan province, Chengdu Shuangliu International Airport is the busiest aviation hub in mid-west China and the biggest transit gateway to Gonggar Airport in Lhasa. Chengdu is geographically closer to Europe, making it a good gateway for European travelers whose China trip includes a visit to Chengdu, Tibet, or other areas near Chengdu.

Almost every sizable city will have an international airport, but options are usually limited to flights from Hong Kong, neighboring countries such as South Korea and Japan, and sometimes Southeast Asia. 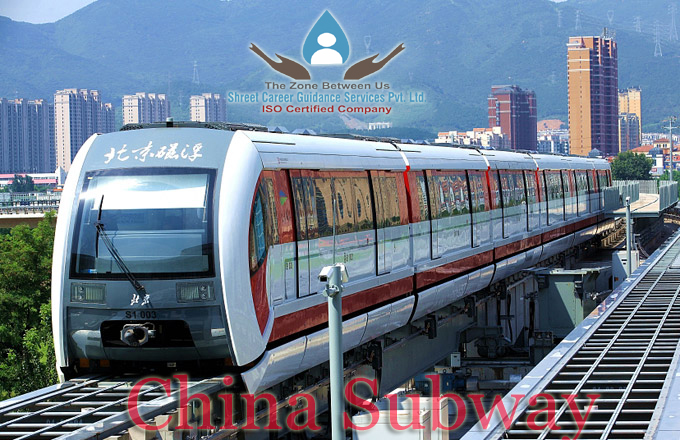 Train travel is the major mode of long-distance transportation for the Chinese. Their extensive and rapidly expanding network of routes covers the entire country.

Travelling by public city buses or long-distance buses is inexpensive and ideal for in-city and short-distance transportation.

On city buses there are plastic seats, many people, no English signs and unhelpful drivers.

Xiamen has a system of bus-only roads for bus rapid transit, mostly elevated.

Generally these are modern, clean, cheap and efficient, and virtually all station signs, train signs, and ticket machines are bilingual in both English and Chinese with bi-lingual staff members.

Therefore, the subway might be the easiest way to travel through the city for a non-Chinese speaker.

Taxis are generally common, and reasonably priced in China. In most situations, an ordinary trip within the city costs between ¥10 and ¥50.There is no extra charge for luggage but night fares are higher. Tips are not expected.

China is too large a country to realistically explore in one trip; most travelers should plan multiple trips if they hope to see a broad spectrum of the nation.

We are top study abroad education consultants who have been assisting medical aspirants to study MBBS abroad /MBBS in China at MCI approved government medical colleges of international recognition at very reasonable costs and carve out a niche path for themselves by becoming a qualified Doctor.