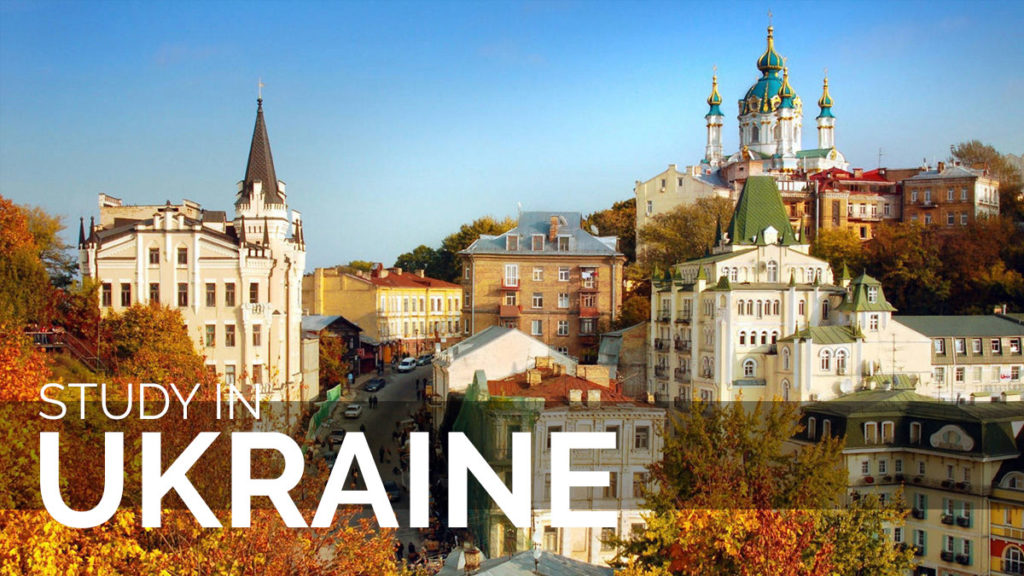 Ukrainians are one of Europe’s most open and hospitable people. Most of the social unions and interactions take place around Ukraine’s hearty food served in abundance.

A diverse landscape opens up the possibility of a lot of outdoor activities from mountain biking and hill walking in the Carpathians to bird spotting in the Danube Delta, to cycling along the Dnipro in Kyiv and water sports in the Black Sea.

The majority of people in Ukraine speak Ukrainian and Russian is the second most spoken minority language. After these two major languages, a considerable number of people in the country speaks Polish, Yiddish, Rusyn, Belarusian, Romanian or Moldovan, Bulgarian, Crimean Turkish, or Hungarian. 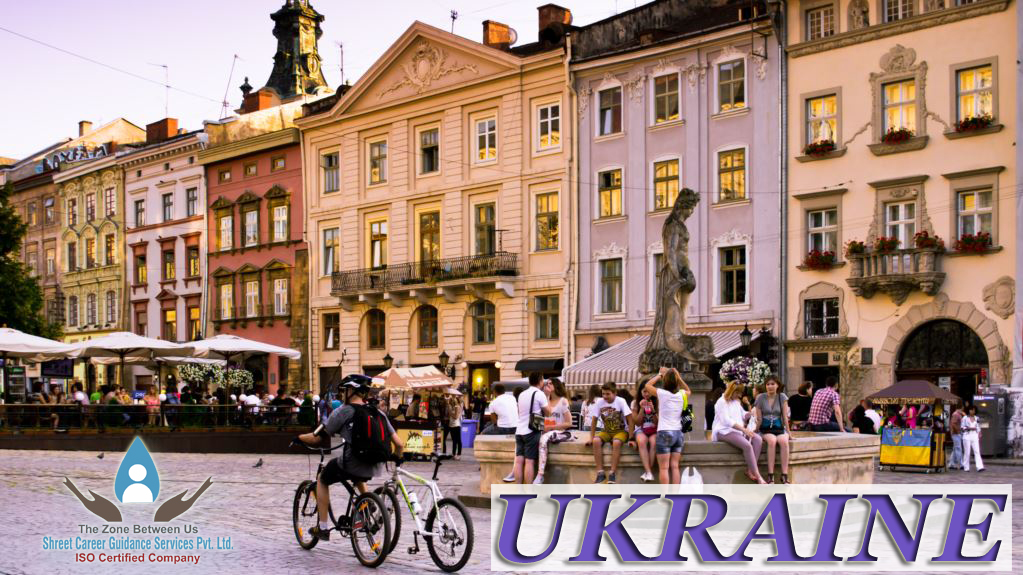 Ukrainian culture has been influenced by the cultures of both Western Europe and Russia. The country’s geographical location has served as a major melting point of the two cultures.

Shopping in Ukraine also adds a novel experience. The country’s capital boasts high-end stores and a fashionable strip of contemporary art galleries and cafés along the historical street of Andriyivskyi Uzviz.

Cultural pursuits and entertainment are widespread. Most of Ukraine’s major cities have ornate theatres with their own opera or ballet companies.

The HRYVNIA is the national currency of Ukraine. The currency code is UAH. Notes come in one, two, five, 10, 20, 50, 100, 200 and 500 Hryvnya. Credit cards are accepted by most restaurants and shops, but much of the Ukrainian economy is still cash only.

ATMs are widespread, even in small towns. Cirrus, Plus, Visa, MasterCard/Euro Card and other global networks are all recognised. Some ATMs also distribute Euros and US dollars. When possible, try to avoid street ATMs and use those inside bank offices to avoid card-number theft.

Some hotels have an exchange office and there are numerous exchange kiosks dotted along main streets and within markets. 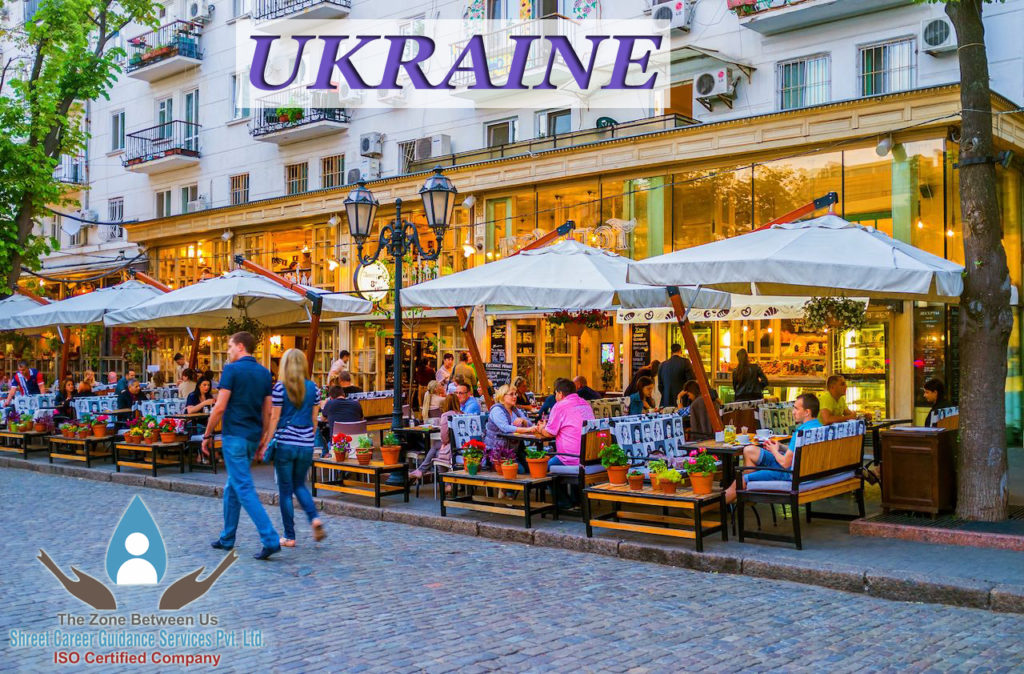 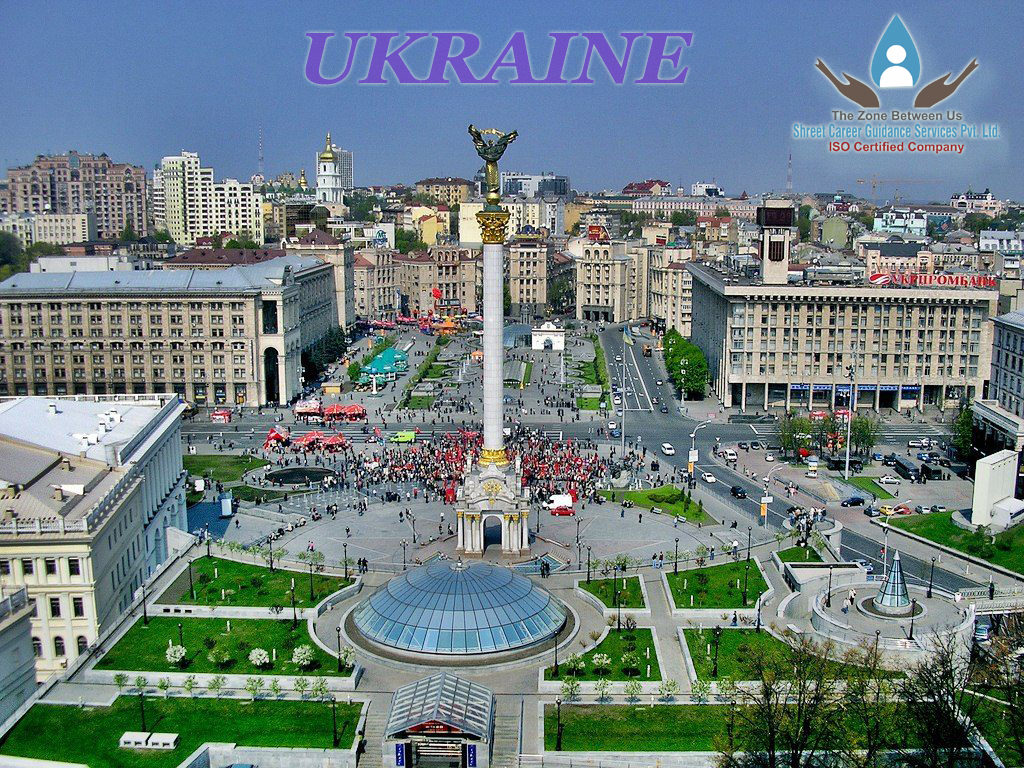 Ukrainian customs are heavily influenced by Orthodox Christianity, the dominant religion in the country.

Boryspil International Airport is situated, 29 km east of Kyiv, the capital of Ukraine. It is the country’s largest airport, serving 65% of its passenger air traffic, including all its intercontinental flights and a majority of international flights. A 24/7 express train from Kyiv Railway Station to Boryspil airport via Darnytsia railway station is available.

One of the most convenient, reliable and affordable ways to travel between major cities in Ukraine and to see Ukraine’s lovely countryside is via Ukrainian Railways. For domestic travels, cities are easily navigable by trolleybus, tram, bus and (in Kyiv, Kharkiv and Dnipro) metro.

FEES STRUCTURE for MBBS in Ukraine

We are top study abroad education consultants who have been assisting medical aspirants to study MBBS abroad /MBBS in Ukraine at MCI approved government medical colleges of international recognition at very reasonable costs and carve out a niche path for themselves by becoming a qualified Doctor.

Career Options after MBBS in Ukraine

Reasons to choose Study in Ukraine

HOW TO REACH UKRAINE