Philippines officially known as the Republic of the Philippines is an archipelago country in Southeast Asia. Situated in the western Pacific Ocean, it consists of about 7,641 islands that are categorized broadly under three main geographical divisions from north to south: Luzon, Visayas, and Mindanao. The capital city of the Philippines is Manila and the most populous city is Quezon City, both part of Metro Manila.

The highest mountain is Mount Apo and is located on the island of Mindanao. The Galathea Depth in the Philippine Trench is the deepest point in the country and the third deepest in the world. The trench is located in the Philippine Sea. The Philippines’ rain forests and its extensive coastlines make it home to a diverse range of birds, plants, animals, and sea creatures.

The Philippines is a founding member of the United Nations, World Trade Organization, Association of Southeast Asian Nations, the Asia-Pacific Economic Cooperation forum, and the East Asia Summit. It also hosts the headquarters of the Asian Development Bank. The Philippines is considered to be an emerging market and a newly industrialized country. 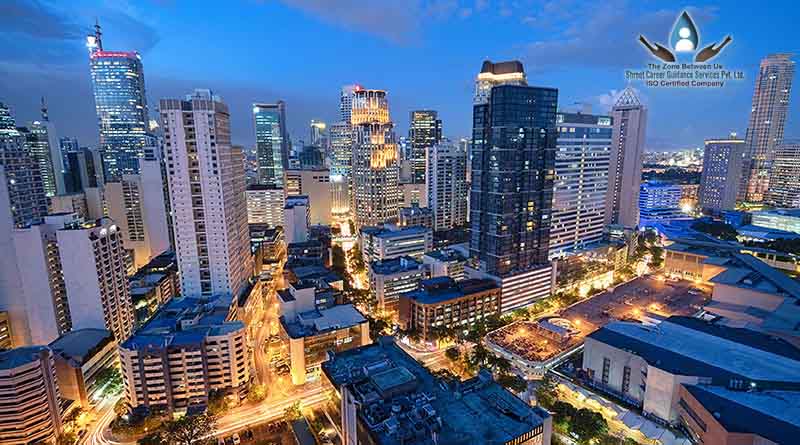 HOW TO REACH PHILIPPINES

BY FLIGHT: There are five International Airports served in Philippines:

Ninoy Aquino International Airport: The busiest international airport in the country and the one you’re most likely to fly into and out of. The air-traffic experienced here is heavy and navigating through the intricate network might prove to be difficult for first time.

Mactan-Cebu International Airport: Cebu’s airport is second only to Manila in terms of air traffic, but way ahead in terms of user-friendliness. Note that the airport is actually on Mactan Island, 15km east of Cebu City.

Davao International Airport:For now, only SilkAir has flights to Singapore; routes to Malaysia might begin operating.

NOTE: Pay close attention to which terminal your airline uses and spare plenty of time between connecting flights if you have to switch terminals. 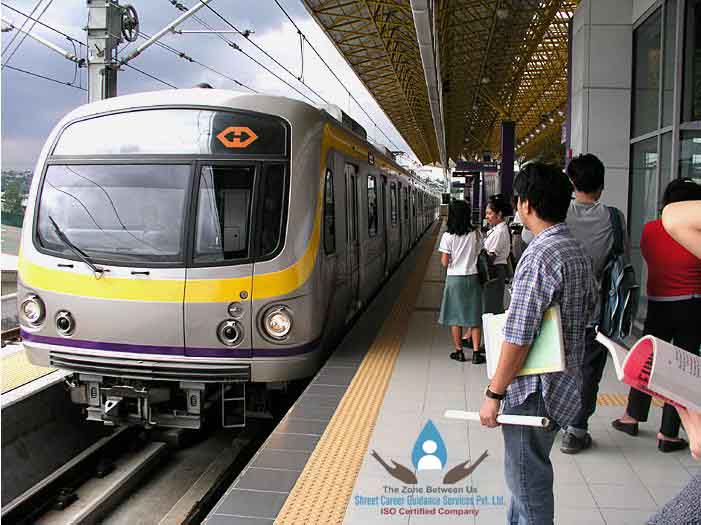 Besides the international airlines available on any internet flight search, the following regional budget and Philippine carriers are worth checking out for flights into and out of the country:

No departure tax on international departures (the P750 fee is included in your ticket). 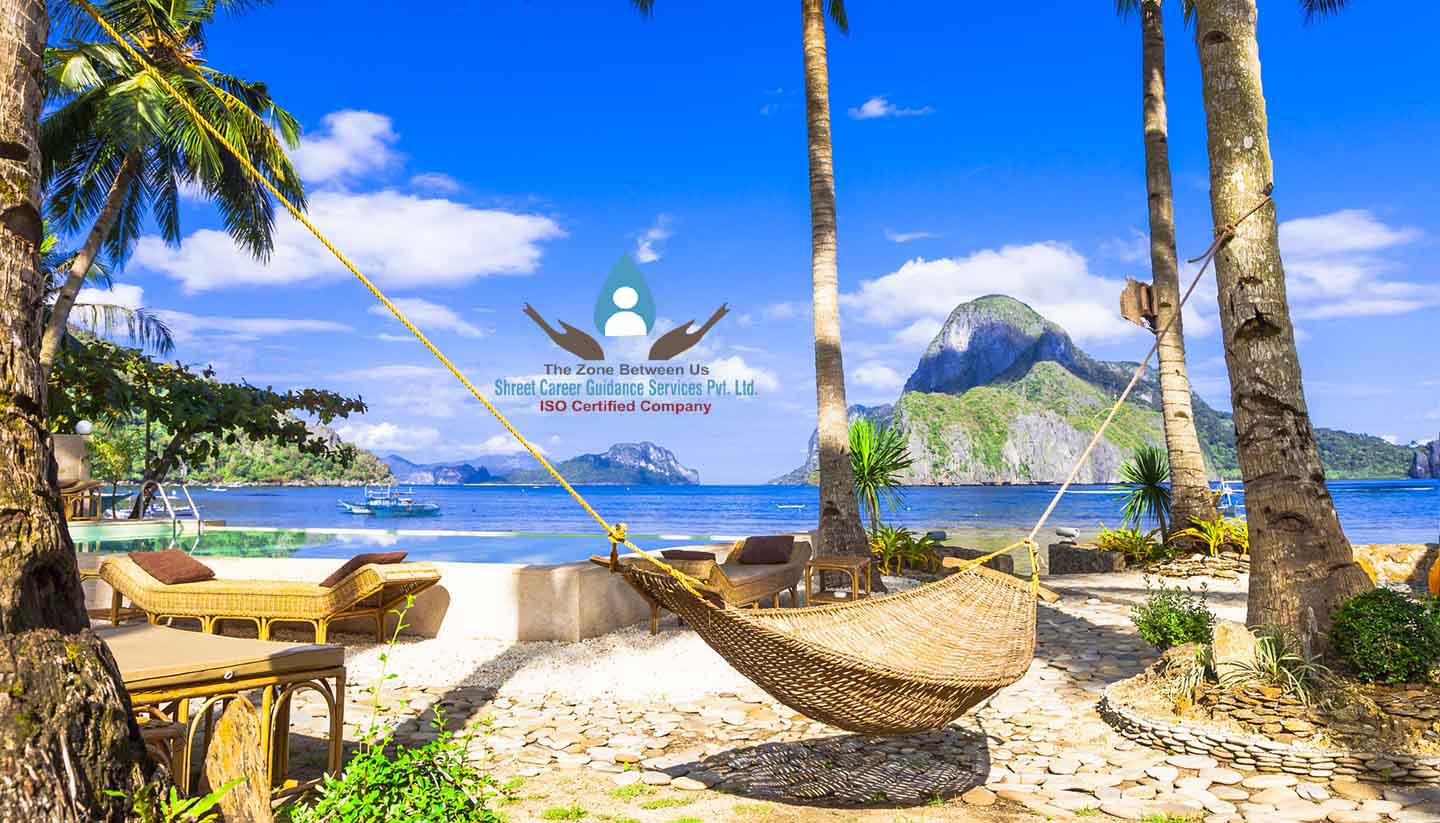 The climate is tropical, with March to May (summer) being the hottest months. The rainy season starts in June and extends through October. The coolest months are from November to February, with mid-January to end of February considered the best for cooler and dryer weather. Locations exposed directly to the Pacific Ocean have frequent rainfall all year. The average temperatures range from 78°F / 25°C to 90°F / 32°C, and humidity is around 77 percent. 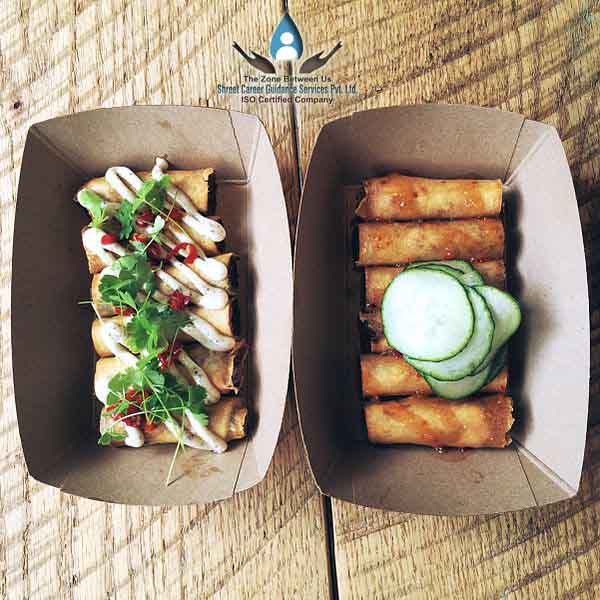 Filipino cuisine has developed from the different cultures that shaped its history. It is a melange of Indian, Chinese, Malay, Spanish, European and American influences. America’s influence is palpable in the Philippines, and you’ll be hard pressed to find a mall without the requisite McDonald, KFC, Pizza Hut, and even Taco Bell.

Hindus will find Indian restaurants which serve some vegetarian options around Metro Manila. Vegetarians and vegans will find it difficult to find a Filipino dish which is wholly vegetarian as most of the Filipinos love to add meat in every single dish they eat.

The Philippine PESO symbolized locally and throughout Philippines guides as ₱ and internationally as PHP is the official currency. The only other currency that would be recognized in rare cases would be the US dollar, which is used in duty free outlets, internet transactions and overseas travel products sold in the Philippines.

Banks are widely available to exchange currency but usually impose a minimum amount and have limited hours of operation, except Bank of the Philippine Islands (BPI) and Banco De Oro (BDO) which have longer hours of operation.

Don’t exchange money in stalls along the streets as some of them might be exchanging your money for counterfeit money.

Money changers also exist at department stores, supermarkets and hotels but the rates offered are highly unfavorable to the customers.

Do not accept ANY of the older version (pre-December 2010) banknotes. They are now worthless.

English is an official language of the Philippines along with Filipino and is a compulsory subject in all schools, so it is widely spoken in the larger cities and main tourist areas. Many signs are printed in English and there are even local English TV channels. Almost all broadsheet newspapers use English as well. Tourists won’t have any problems using English when making inquiries at commercial and government establishments.

Indian languages such as Hindi and Punjabi are also spoken by the Indian communities residing here while Europeans speak their own languages. 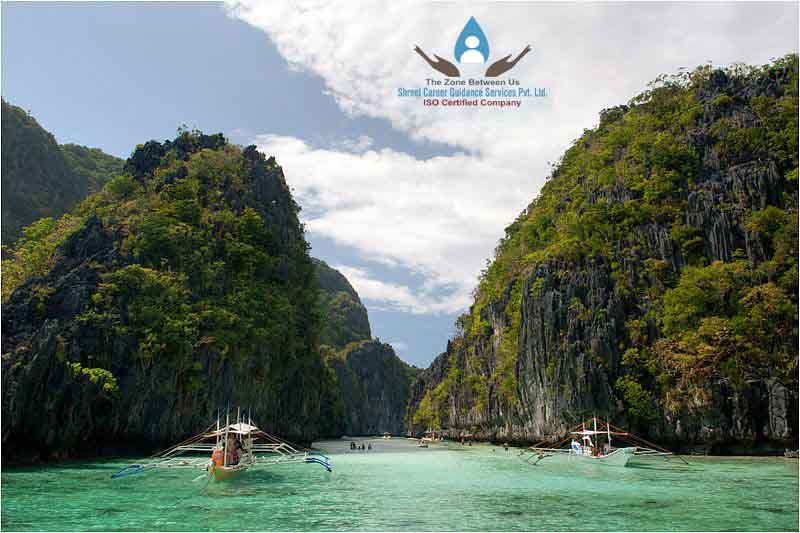 The Philippines is not only the largest Christian country in Asia, but also it is the world’s third largest Catholic Nation. The Catholic faith remains the single biggest legacy of three hundred years of Spanish colonial rule. Indian Filipinos, Chinese Filipinos, and Japanese Filipinos are mostly Hindu, Sikh, Buddhist, Shinto, and Taoist which all account 3% of the population of the Philippines.

We are top study abroad education consultants who have been assisting medical students to study MBBS abroad/MBBS in Philippines at government medical colleges of international recognition at very reasonable costs.

UP State Counselling for MBBS/BDS Courses 2019