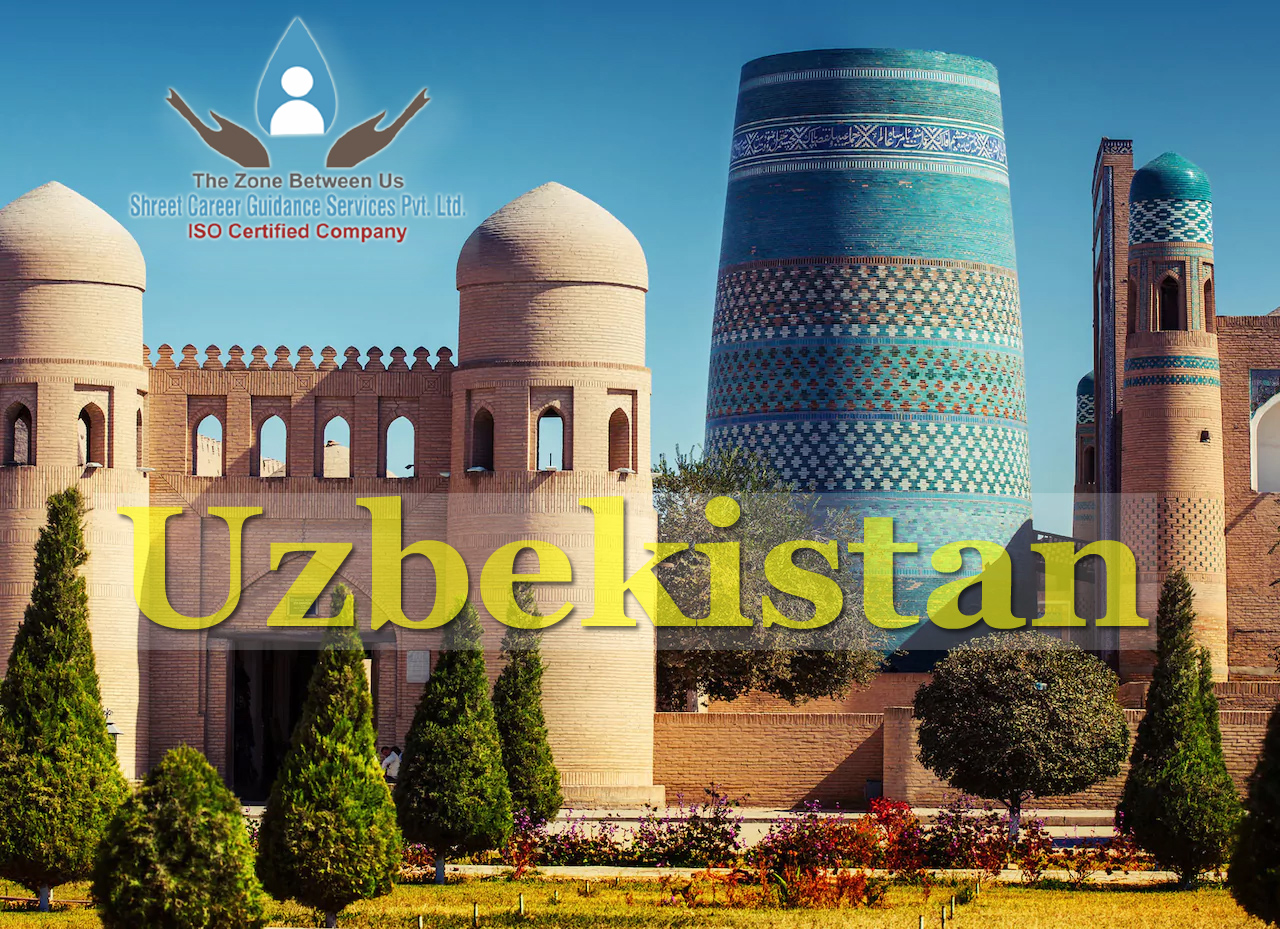 Uzbekistan is home to an incredible number of photogenic mosques, mausoleums and madrasas in every shade of blue. As a major key stop on the Silk Road it has been left with a rich cultural and architectural legacy.

The construction of monumental buildings was seen as a matter of prestige, emphasizing the power of the ruling dynasty and leading families. Ceramicists, artists and architects from all over the empire were called by Timur and his descendants to beautify the cities of Khiva, Samarkand and Bukhara. The mosques are adorned with the finest murals and mosaics, with techniques and materials imported mainly from Persia.

Uzbekistan has a rich and diverse natural environment and has the fourth-largest gold deposits in the world.

The cities of Uzbekistan are surprisingly cosmopolitan; Tashkent and Bukhara in particular have a rather European vibe. Lakeside beer gardens, landscaped public parks, and cafes next to most of the main tourist attractions can be easily spotted. Fueled by ice-cream, cold beers and endless pots of green tea, sightseeing in Uzbekistan can be a truly amazing experience. 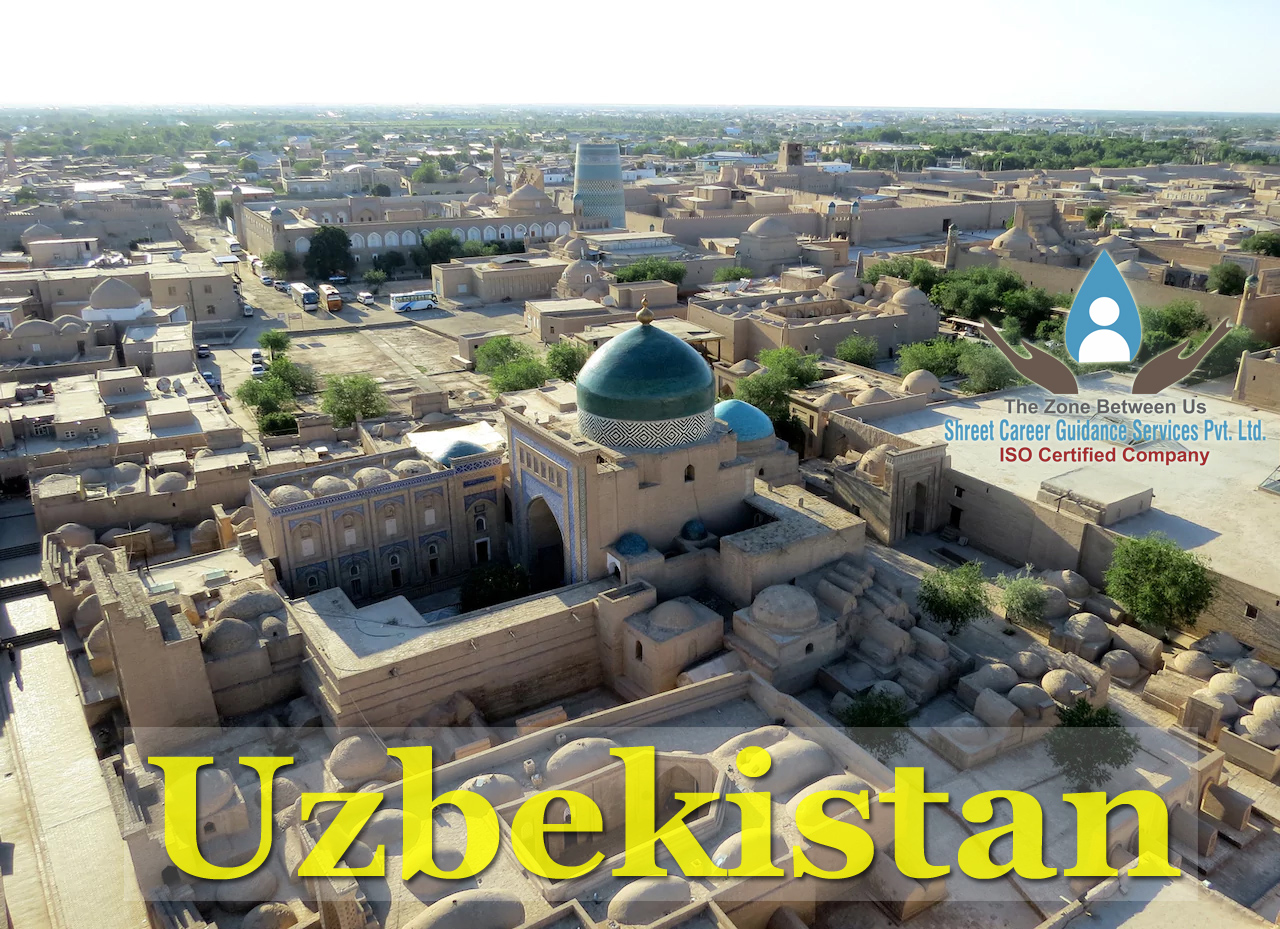 The official language of Uzbekistan is Uzbek. The majority of citizens speak it as their first language. Due to its history as part of the Soviet Union, many citizens also speak Russian which is a compulsory second language in all schools.

In the cities, more and more people speak English, especially those in the hotel and catering trades. English is still generally not widely spoken among locals.

Local ladies love brightly-colored dresses, often with sequins and matching harem trousers although around 90 per cent of Uzbeks are Muslim, but women do not wear the veil and enjoy better gender equality and freedom. 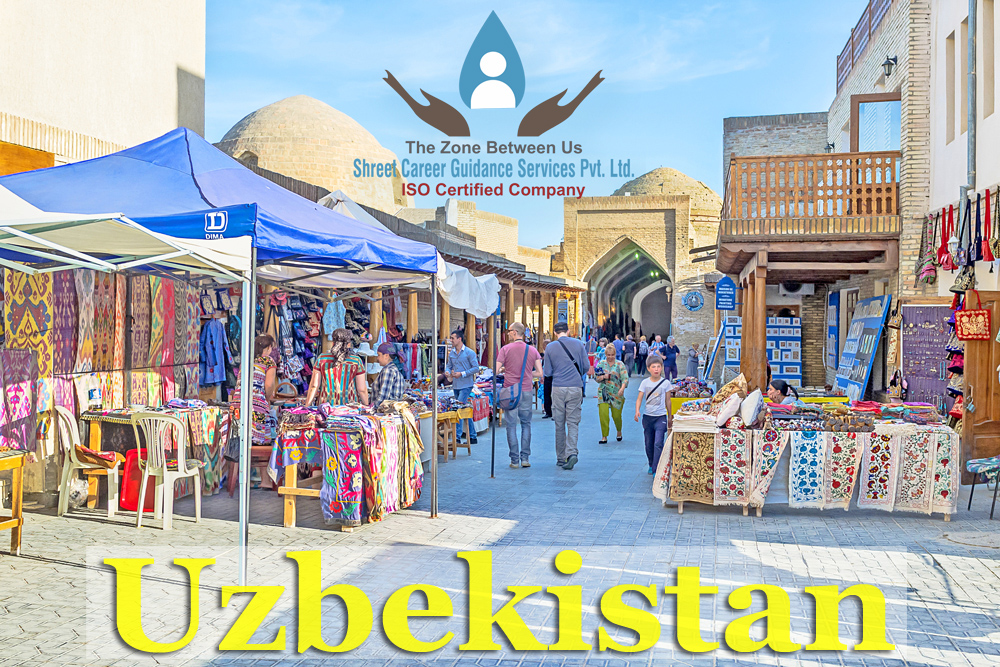 Uzbekistan is a shopper’s paradise. You will find beautiful rugs, silk, spices, handicrafts and traditional clothes in the Eski Djouva and Chor Su bazaars in the Old City of Tashkent. You can pick up handmade ceramics, needlework, silk cloth and miniaturist paintings in most madrassas, which have largely been transformed into bazaars.

Uzbekistan is known for its super-sweet, fresh watermelons, and achichuk salad, consisting of thin, long-sliced tomato, red onion and cucumber. This is served with plov, the national dish – rice cooked in a huge pot and tarted up with veg, quail eggs and slices of meat.

Hearty meat grills are popular too, alongside tear-and-share bread and samsa, a teardrop-shaped street food that’s a cross between a samosa and a Cornish pasty, filled with anything from beef to lamb to potato. 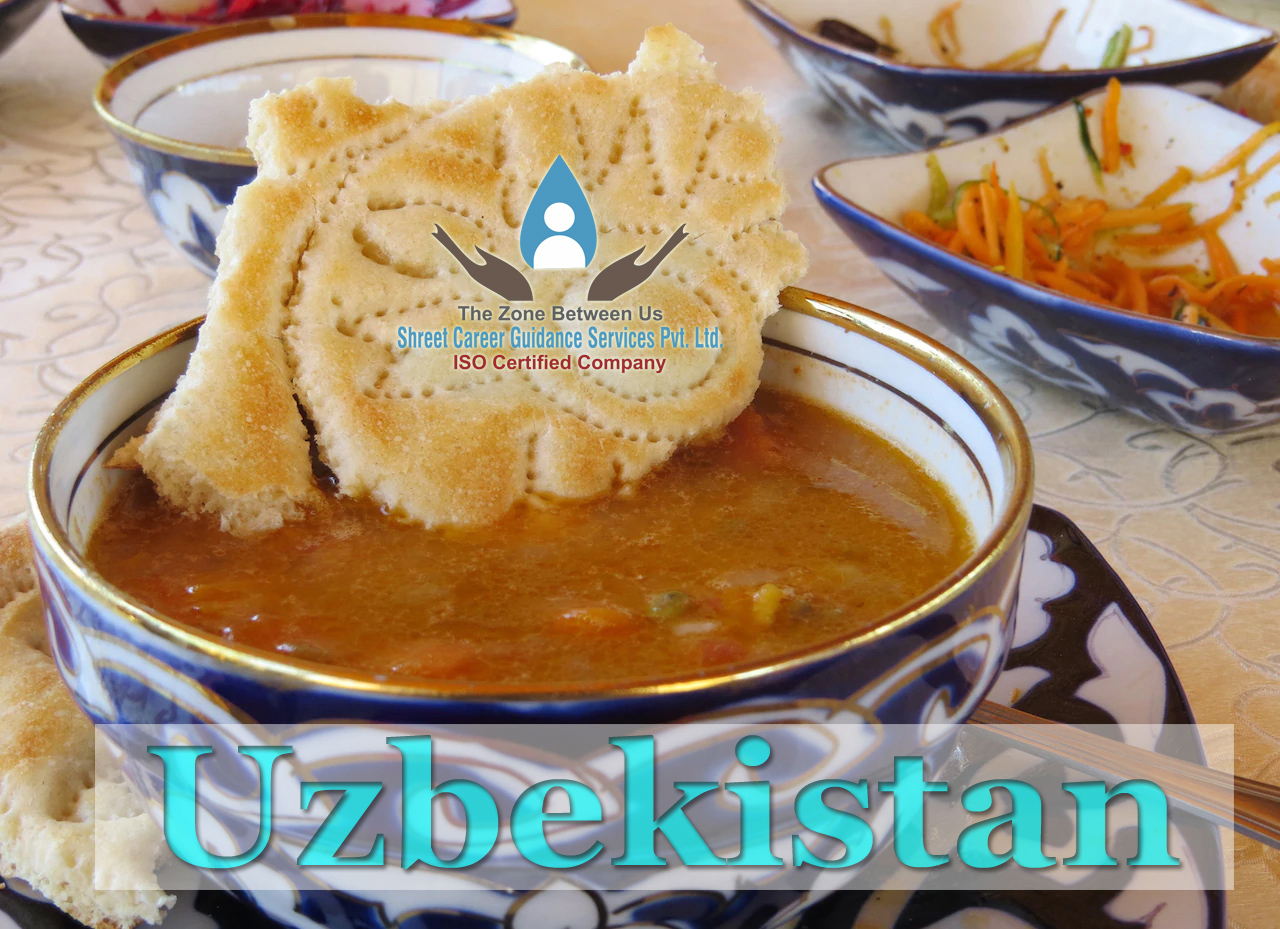 The currency of the country is the Uzbekistani som. ATMs can be easily found in larger cities (Tashkent, Samarkand, Bukhara, Termez and Nukus). Visa is a better option than Master Card as ATMs that accept MasterCard are few. Uzbekistan is cheaper than its neighbour Kazakhstan. 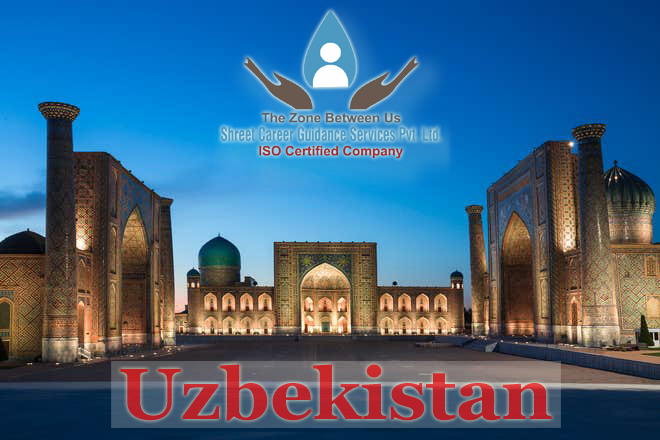 The main airport of Uzbekistan is the Tashkent International Airport. The airport is reasonably modern and has various international carriers operating and the national Uzbekistan Airways flying from here.

You can travel to Uzbekistan from India via regular direct flights which take around 3 hrs.

All of Uzbekistan’s main cities are served by low-cost domestic flights, great road links and high-speed trains. You’ll find shared taxis and bus services in all the cities, plus Tashkent has metro facilities with some exceptionally ornate stations. 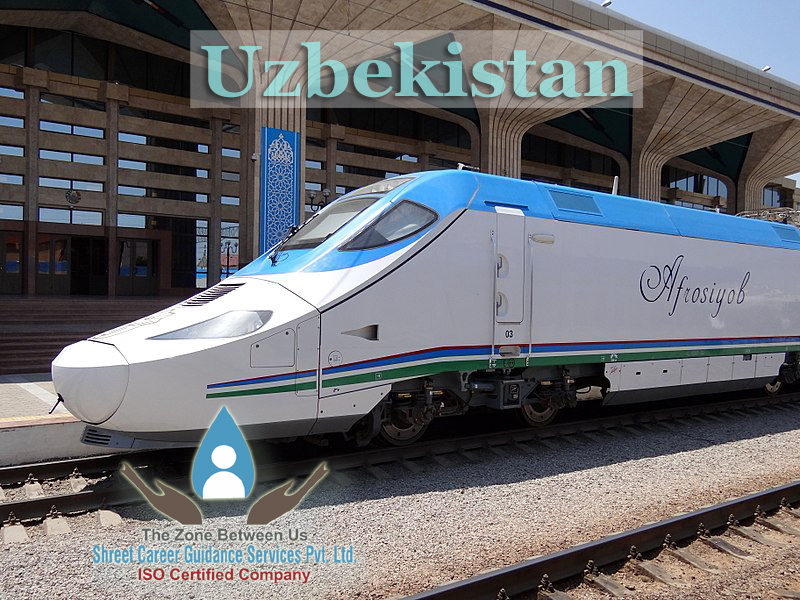 The most comfortable way to travel between the major tourist cities in Uzbekistan is by train. The main line Tashkent – Samarkand – Bukhara is served once a day in each direction by two express trains. Daily overnight train to and from Tashkent to Bukhara are also available comfortable sleeping cars allow a good sleep.

During the day the metro (underground train) is a good option. After midnight you should use taxi services. It is better to book the taxi (car-service) to pick you up in advance. 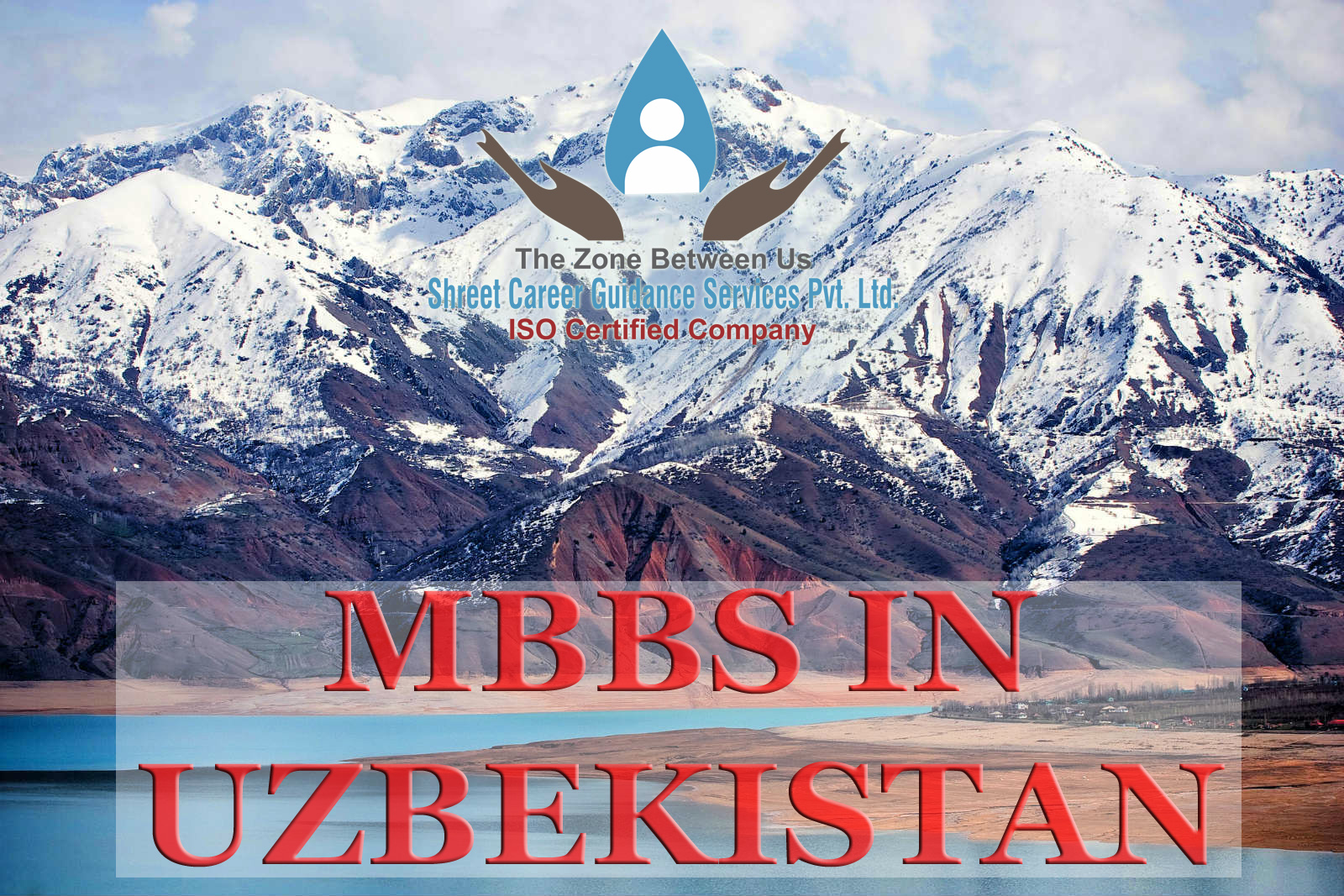 We are top study abroad education consultants who have been assisting medical students to study MBBS abroad/ MBBS in Uzbekistan at government medical colleges of international recognition at very reasonable costs.