As a former Soviet republic lying in the Caucasus region situated between Asia and Europe, Armenia has a rich and ancient culture. Armenian history extends for over 3,000 years.

Landlocked, Armenia is bordered by Turkey to the west, Georgia to the north, Iran to the south, Azerbaijan to the east, and Azerbaijan’s Naxcivan exclave to the southwest.

5% of the country’s area consists of Lake Sevan (Sevana Lich), nestled up in the Armenian highlands in the Caucasus mountain range is the second largest lake in the world relative to its altitude, at 1,900 meters (6,234 ft) above sea level.

Armenia’s many mountains and mountain valleys create a great number of micro-climates, with scenery ranging from arid to lush forest at the top of a mountain ridge.

The climate in Armenia is markedly highland continental. Summers are hot, dry and sunny, lasting from June to mid-September. The temperature fluctuates between 22 and 36 °C (72 and 97 °F) with low humidity level. Evening breezes blowing down the mountains provide a welcome refreshing and cooling effect. Springs are short, while autumns are long. Autumns are known for their vibrant and colorful foliage. Winters are quite cold with plenty of snow, with temperatures ranging between −10 and −5 °C (14 and 23 °F). 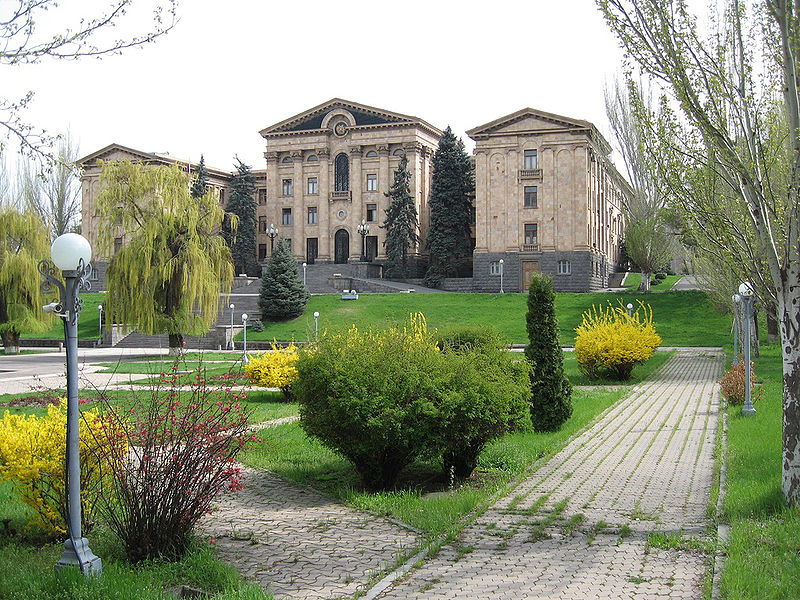 How to reach Armenia

Travelling from India to Armenia takes about 9 hrs (including transfers). The distance is approx. 3780 km.

There are very frequent flights from across the CIS. Russian airlines include: Aeroflot, S7, Ural, Polet, Kuban Airlines, Saravia, Tatarstan, UTAir and Yamal.

Others include Belevia (Belarus), Dniproavia (Dnepropetrovsk, Ukraine) and SCAT (Kazakhstan).

Armenian is the only official language of the country. The main foreign languages spoken are Russian and English. Due to its Soviet past, most of the old population can speak Russian quite well. 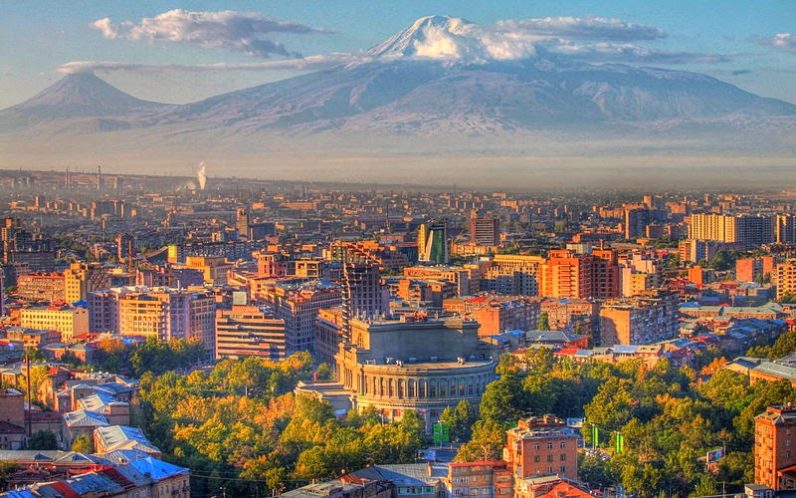 The Armenian currency is known as the “dram”, and the currency code often used in exchange rate terminology is AMD. The dram is accepted everywhere. The dollar is often accepted for larger purchases, though the dram is the only legal currency for commerce.

Armenia was the first nation to adopt Christianity as a state religion. Over 93% of the Armenian population are Christians.

We are top study abroad education consultants who have been assisting medical students to study MBBS abroad at government medical colleges of international recognition at very reasonable costs.