The latest regulations laid down by MCI for NEET – 2018 prescribes that “The Indian Citizens / Overseas citizens of India intending to obtain a primary medical qualification from any medical institution outside India, on or after May 2018, shall mandatorily qualify the NEET for admission to MBBS course abroad”
After receipt of Grievances from students who have already gone abroad, the Ministry of health released a public n otice on 22nd February 2017 informing that “The decision will be implemented prospectively ie from May-2018. Th us students who have already taken admission under current regulations to pursue primary medical course by taking Eligibility Certificate from MCI are exempted from qualifying NEET”
MCI considers Pre-Medical (BS Biology or AB psychology) as not part of Medicine. As per the information secure d via RTI act dated 21st September 2016 “As per the information received from the authorities concerned in the Phi lippines, the BS biology course is a pre requisite requirement for admission in Doctor of Medicine course at various universities in Philippines and not a part of medical course. Therefore, a candidate may apply for Eligibility Certifi cate at the time of joining medical course in a medical university, Philippines only after completion of the BS Biolo gy Course”
Where as per the MCI notification as published in Part III, section 4 of the Gazette of India, Extra-ordinary issue da ted the 18th February, 2002, Eligibility Requirements’ for taking admission in an undergraduate medical course in a foreign Medical Institution Regulations, 2002 state “ An Indian citizen who is desirous of joining an undergraduate medical course in any foreign medical institution on or after 15th March 2002 shall approach the council for issue o f an Eligibility Certificate for this purpose”
As the students reason to take up Bs Biology / AB psychology is his desire to proceed to Medicine afterward, MCI shall be asked to release the eligibility certificate even for the students taking up Pre-Medicine upon meeting the cu rrent eligibility criteria through the court of Law.
The current eligibility criteria to apply for Eligibility certificate before May 2018 the candidate fulfilling the age cri terion and minimum qualifying marks criteria in physics, chemistry, Biology and English.
Representing the students, we have filed a case proceeding with the High Court of Delhi, asking to direct the MCI t o release eligibility certificate to all the students who currently enrolled in Premedical or Medical courses abroad. C onsidering the foreground premises we believe the decision of the court will be in student’s favor.
The case is being handled by Mr. Amit Kumar of Indus Law Associates, Advocate of Supreme Court and High Cou rt for more than 20 years with extensive experience of handing all types of cases with MCI.  As sole retainer advoc ate of MCI handled more than 2000 cases every year.
All the students are hereby advised to immediately apply for eligibility certificate. Coordinate with your respective in charges and submit to them the completed application forms and supporting documentation before March 15 201 7. Through court of law, it shall be asked to give directive to MCI to release the eligibility certificates. For students with eligibility certificate, NEET will not be a requirement. 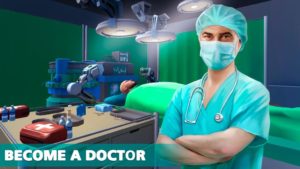 Studying in Ukraine with a low MBBS fees

Aadhaar not mandatory to appear for NEET