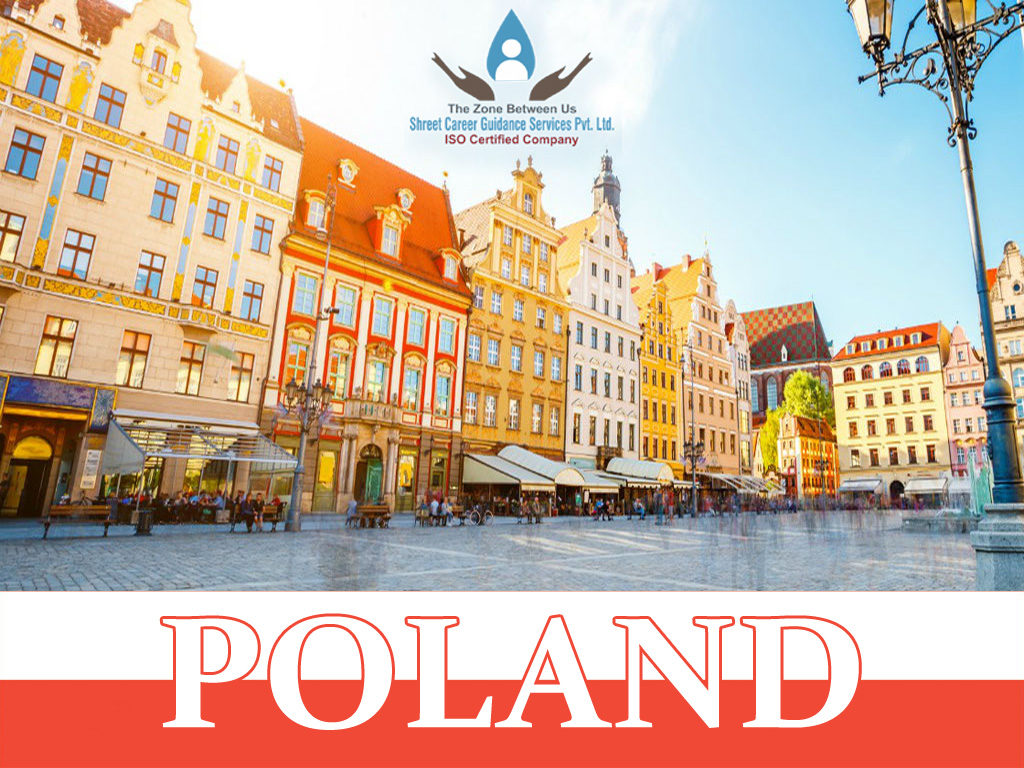 Poland is a modern and dynamic country full of life-time opportunities for individuals looking for quality education, boost their knowledge, enhance skills and international exposure. Blending a cosmopolitan ambience and rich historical legacy the nation it is a bridge between the East and the West. The country is home to 16 UNESCO World Heritage Sites, out of which 15 are cultural ones.

Poland’s scenic beauty is one of the most mesmerising draws of the country. Full of ethereal forests, pristine lakes, limestone caves and endlessly beautiful Carpathian Mountains the country is prized with an extraordinarily diverse landscape and aesthetic appeal.

There are nearly 200+ Camping sites in Poland mainly centred on the Baltic Sea coast and the Great Masurian Lakes. The Baltic coast provides almost 500kms of sandy beaches, bays and steep cliffs. The Masurian Lake District to the northeast is arrayed with lakes and forests.

Krakow is the former royal capital of the country which has well preserved its architectural beauty visible in its churches, monasteries, the abbey in gothic and renaissance style.

Warsaw is the capital of Poland witnessing numerous festivals, book fairs, concerts, and entertainment events all year around. It is a paradise for sports lovers as well. In 2012 Poland co-hosted the UEFA European Football Championships with Ukraine.

Poland provides the very best conditions for successful higher education. Polish university education system has a history of 650 years of educating high profile professionals. With top-quality, internationally recognised degrees, and highly appreciable infrastructures the quality of the education system is guaranteed by the State Accreditation Committee, which monitors all Polish higher education institutions. 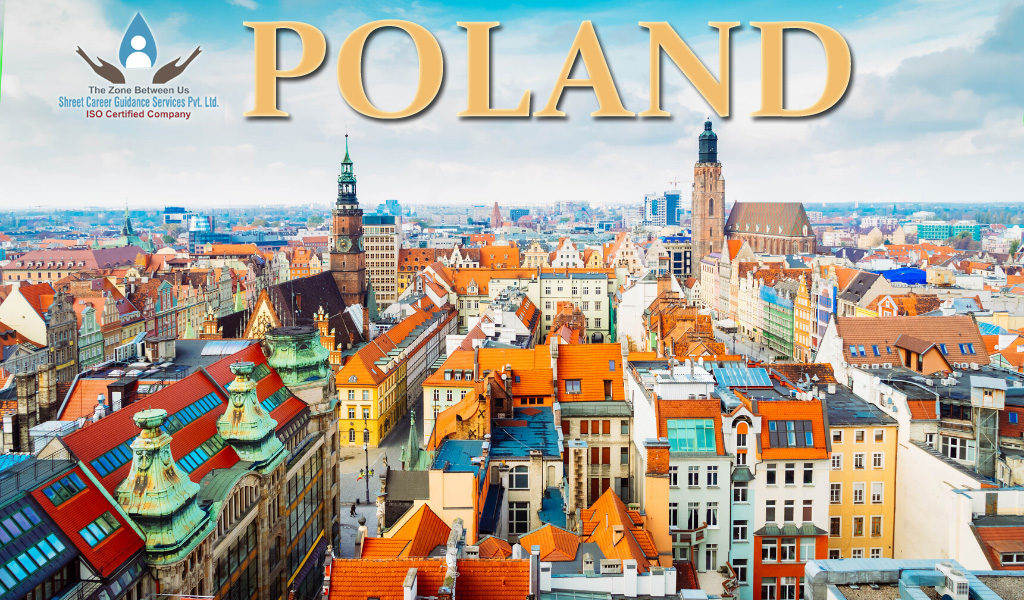 Poland has a developed market and is a regional power in Central Europe, with one of the biggest stock exchange in the East-Central European zone. It has the sixth-largest economy by GDP in the European Union and the tenth-largest in all of Europe.

Poland has one of the most active economies in the world maintaining a high-income economy. The people of Poland known as “Poles” enjoy very high standards of living, exuberant life quality, personal safety, education, and economic independence. The country also has a well-developed system, which provides free university teaching, social security, and a universal health care system.

Poland is located in the very centre of Europe with a coastline on the Baltic Sea in the north. With the total area of 312,696 km² (120,728 sq mi), it’s the seventh biggest country on the continent. Polish population is over 38.5 million people. The capital city is Warsaw. Poland borders 7 countries: Germany on the west, the Czech Republic in the south-west, Slovakia on the south, Ukraine in the south-east, Belarus in east and Lithuania and Russia in the northeast. The country also shares maritime borders with Denmark and Sweden. 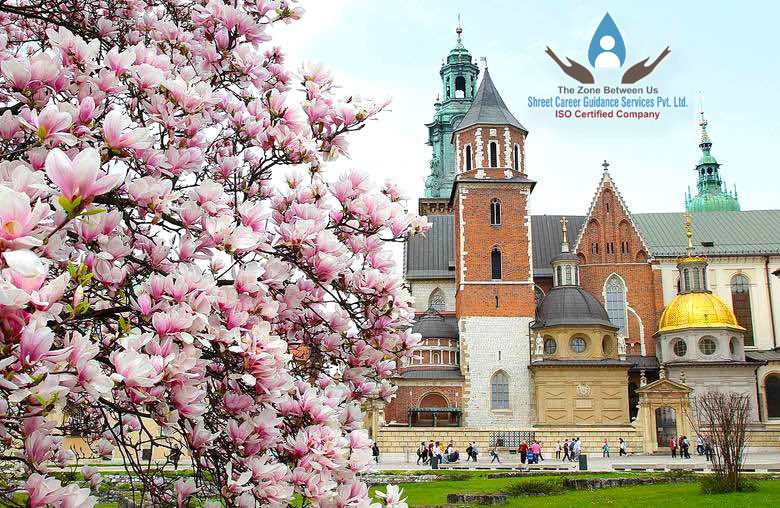 The climate in Poland is moderate with mixed continental and oceanic climate influences. It is categorised by transitional periods between the four seasons of the year. The average summer temperature ranges from 20 °C (68 °F) to 30 °C (86 °F). Winters are cold with average temperatures ranging from 3 °C (37.4 °F) in the northwest to –8 °C (17.6 °F) in the northeast.

When travelling to Poland carry casual wear and comfortable clothes. Light- to medium weight clothes are worn during warm months. Medium- to heavyweight clothing is needed during winter. Rainwear is advisable all year round. You can also bring some good walking shoes/hiking boots for travelling and wild exploration.

The people of Poland are called Poles. The population of the country is around 38.5 million among whom the Polish Ethnic groups comprise of 98%. The rest population is an amalgamation of Germans, Ukrainians, Belarusians, and Lithuanians. 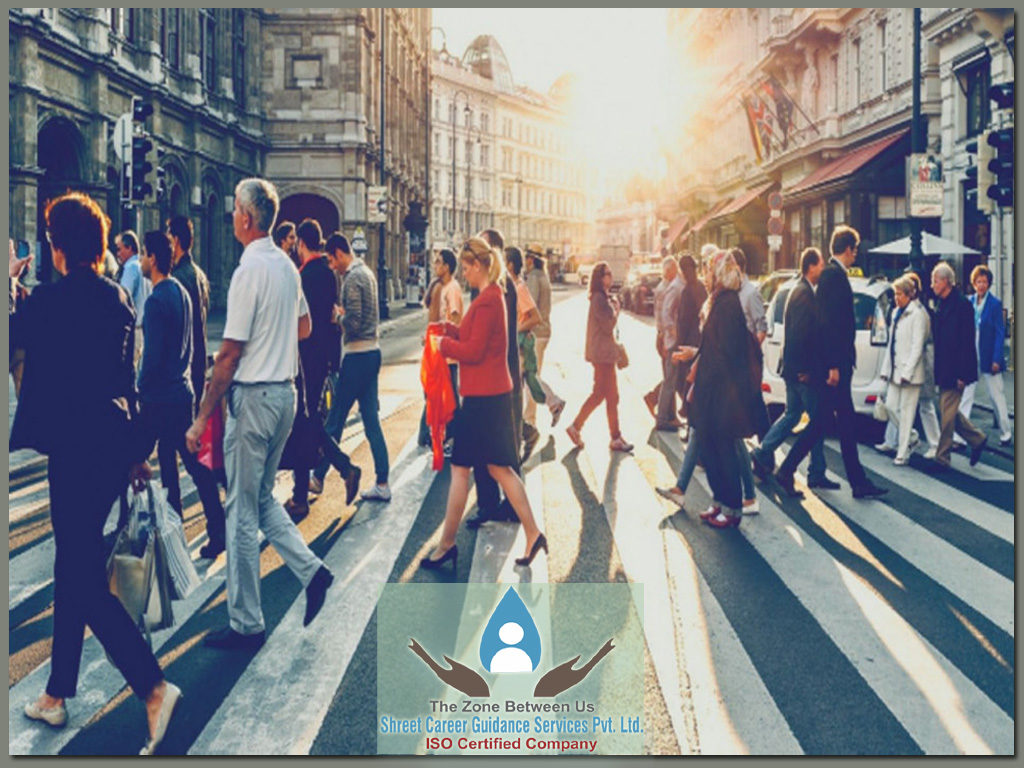 Poland is a much safer destination than most of the European countries. It’s perfectly safe and peaceful for international students of all races and origins. Visitors to Poland experience no difficulties and are well appreciated. Poland has a very low rate of crime and there is no risk of terrorism.

The major religion of the people of Poland is Roman Catholic followed by up to 90% of the population. The other faiths are also followed like Eastern Orthodox, Uniate, Protestant, Judaism, etc. Poland is very complaisant towards diverse faiths and religion. It has a long history of religious tolerance and they respect all religions and beliefs.

Polish is the official and most common language in Poland, spoken by 97% of the country’s population. Other languages used in Poland include German, Ukrainian, Russian, Lithuanian, Armenian, and Romani languages.

Although English is not a native language, it is the second most common and popularly learned and spoken language in Poland. Almost 30% of Polish people can speak good English with other percentages able to understand and communicate in basic terms. 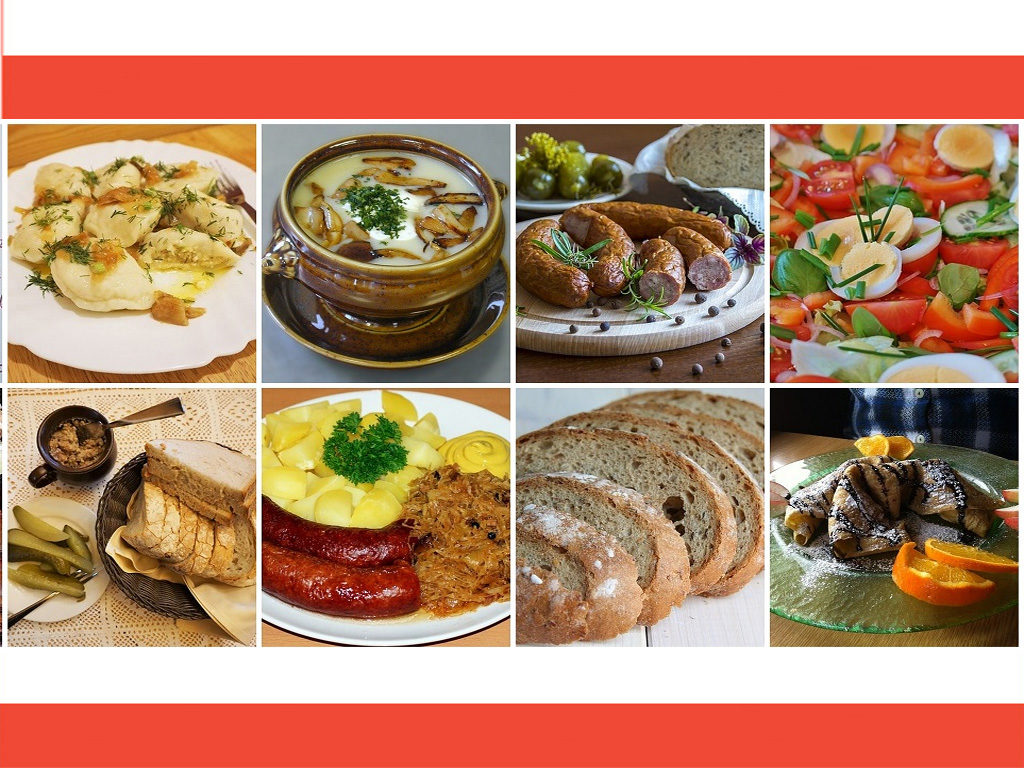 Polish food is one of the most delicious cuisines in Europe. Potatoes, cabbage, and meat are staples of traditional Polish cooking. The ingredients are usually fried or stewed offering dishes deep, delicious taste. The dishes contain a lot of meats with vegetables and mushrooms as stuffings. The foods are served in big generous portions and soups play an important part at mealtimes and are usually rich and very thick.

Pierogi, are delicious flour dumplings with a variety of stuffing served throughout the country. Sweet pierogies are also popular usually stuffed with wild blueberries, strawberries or sour cherries. Polish cuisine is hearty and uses a lot of cream and eggs and also a variety of bread like the world-renowned bagel. Polish cuisine is also noticeable for its love for sweets, pastries, cream cakes, apple strudel and pancakes.

In big cities, you will find lots of restaurants. There are also many small cafes offering coffee, tea, juices, sandwiches etc. You can meet them very often especially in big cities. Milk bars are the cheapest choice. You can order their traditional and ordinary Polish food.

Bazaars are very popular in Poland. You can buy fresh fruits and vegetables there, as well as many other items. Bazaars are often located at large housing estates. Shopping centres are available in every bigger town in Poland.

The Polish Zloty is the currency of Poland and government banks are the easiest places to get Poland’s money. You can exchange nearly all of the world’s currencies here. Also, Individual banks, Forex businesses, Currency Exchange Bureaus and Hotel reception desks can buy and sell złoty but at the rate of their choice.

ATMs are another way of getting Polish money. ATMs are called ‘bankomat’ and you can find them across Poland. Generally, these ATM’s are connected to international networks, but make sure to check with your bank or card issuer about the fees and charges incurred when using the card abroad.

Paying with a credit card is another very comfortable payment method for foreign visitors in Poland because you won’t need to exchange money and waste time in looking for attractive exchange rates. 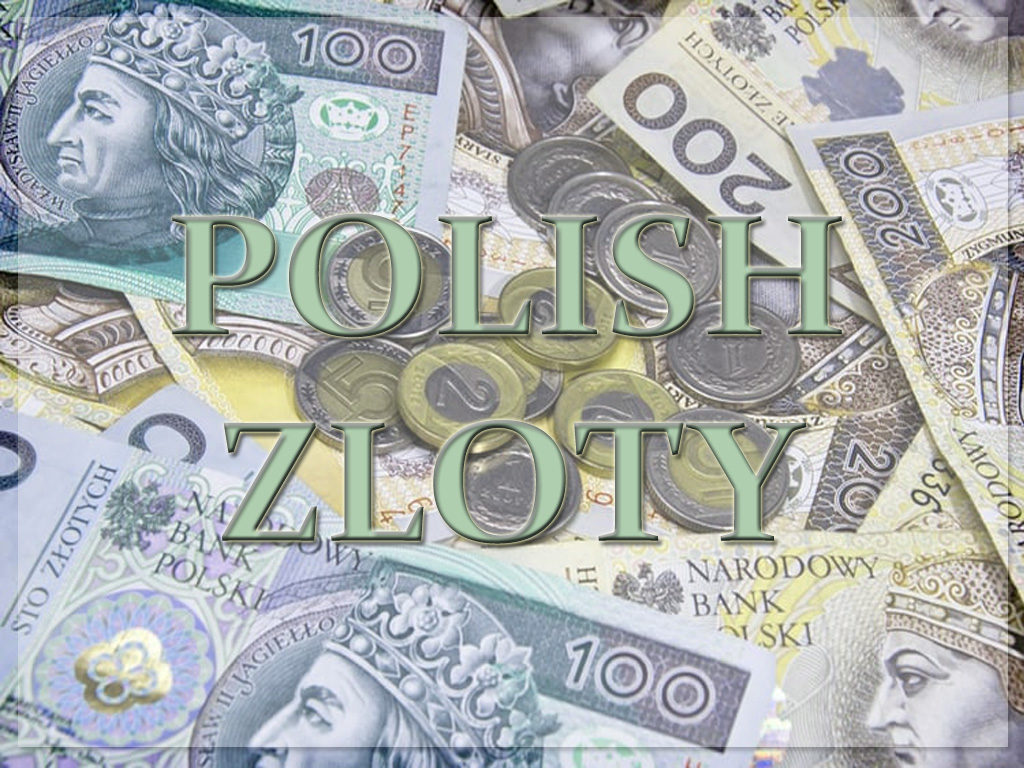 For a detailed, MBBS in Poland fees, you can contact us directly at the contact shared below.

FEES STRUCTURE for MBBS in Poland

We are top study abroad education consultants who have been assisting medical aspirants to study MBBS abroad /MBBS in Poland at MCI approved government medical colleges of international recognition at very reasonable costs and carve out a niche path for themselves by becoming a qualified Doctor.

How Covid-19 has impacted the abroad study decision of students